College Park is fully operational and taking orders over the phone and online to support your needs through this difficult time. Our updated main phone line hours are 9:00 AM to 5:00 PM EST. We are postponing in-person visits until the COVID-19 situation is safe for everyone.

In 2005, McKenzie was born into this world with a shorter left leg and partially formed foot to the surprise of her doctors and family. Told she should amputate the partial foot or her daughter would not be able to walk, McKenzie’s mom Jessica was resolute in finding the best solution for her daughter. McKenzie ended up at Shriner’s hospital where she was put on her first prosthetic leg at the age of 9 months. Walking by her first birthday – to the amazement of everyone – this vivacious and beautiful little girl has not let anything slow her down since.

A typical kid, McKenize has a wide range of interests and enthusiasm for life. She is passionate about running, jumping rope, fishing and jumping on the trampoline. An exceptional straight-A student, she also loves to sing and wants to be a rock star when she grows up. McKenzie received her first Truper foot in early 2013 and has shown much improvement in her gait, as well as her running and jumping abilities and overall energy level. McKenzie said how comfortable her leg is and that she prefers to keep her prosthetic leg on all day now. Hesitant before about learning to ride a two-wheel bike, the added confidence makes her determined to tackle this next challenge. 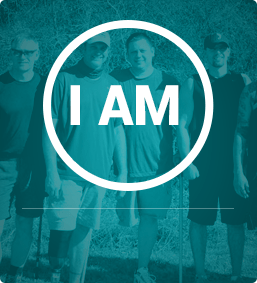