In observance of Memorial Day, College Park will be closed on Monday, May 30th. All orders and inquires will be processed upon our return on Tuesday, May 31st.

TMR: The Future of Myoelectric Prosthetics?

In the prosthetics field, we’re all familiar with TMR, or Targeted Muscle Reinnervation. Although this isn’t a new concept, it’s only now gaining acceptance and popularity in the upper limb prosthetics field. I’m going to walk you through TMR’s potential patient benefits, how it can be used with the Espire Elbow Pro from College Park, and possibilities for the future.

Let’s rewind to the beginning. One of the first successful attempt at using TMR was performed at the Rehabilitation Institute of Chicago (RIC) on a bilateral shoulder disarticulation amputee circa 2005.[1] The concept was to re-direct the neuromuscular nerve roots of the musculocutaneous, median, ulnar, and radial nerves that previously controlled the shoulder, elbow, wrist, and hand movements on the amputated limb. These nerve roots were surgically transferred into the previously de-innervated pectoral muscles. 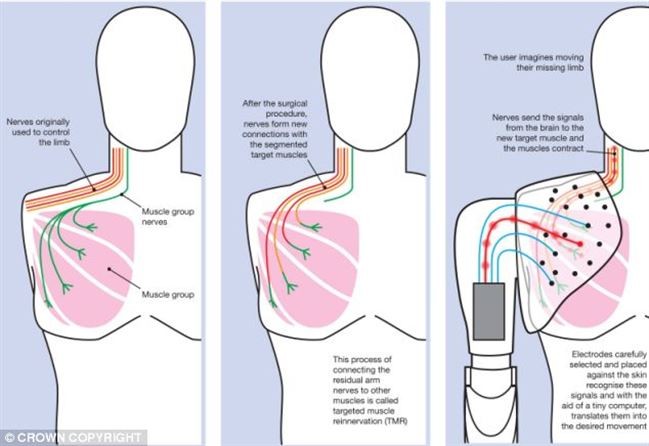 After waiting several months to allow for the nerve to take root in the new muscle tissue, the patient was able to twitch different portions of the pectoral muscle when trying to move a “phantom” elbow, wrist, and hand. For example, when the patient tried to bend his elbow, the muscle region beneath the clavicle contracted strongly. This indicated a successful musculocutaneous nerve transfer because musculocutaneous nerve innervates biceps.[2] After being fitted with a prosthesis that incorporated an LTI shoulder, Boston Digital arm, powered wrist, and Griefer terminal device, the patient was able to independently control all three degrees of freedom.

TMR: What Does It Mean for Patients? 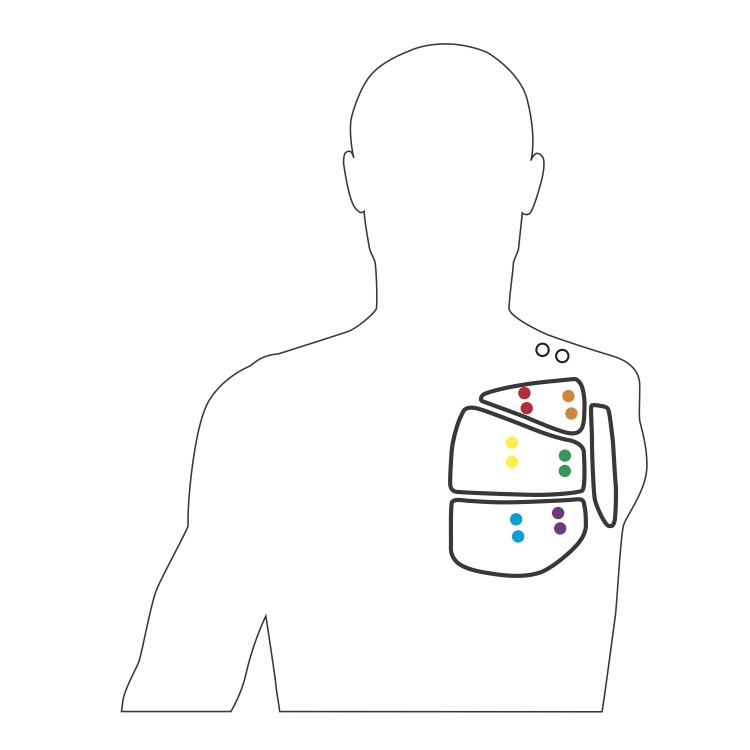 This all becomes simpler with TMR. When the patient thinks about flexing the elbow, the muscle bundle re-innervated by the musculocutaneous nerve twitches, and the electrode over this area picks up the signal and sends it to the elbow to flex. The same goes for the wrist and hand movements, all of which feel more natural with TMR.

Currently, TMR is being used to solve problems in the world of upper limb prosthetics. The challenge lies in the processing of multiple inputs from re-innervated muscle sites into outputs of multiple degrees of freedom for the wrist, hand, and elbow. The new Espire Elbow Pro from College Park Industries has the capacity to process six independent control signals from TMR sites. Patients can have one TMR electrode pair for each degree of freedom. While increasing functionality, this also should greatly reduce the training time it takes for a new patient to achieve independent control of all three degrees of freedom.

The Espire Pro also has the capacity for simultaneous movement of three degrees of freedom. With the integration of TMR sites, this will allow the patient to move the elbow, wrist, and hand at the same time! Currently, most control strategies are sequential. In other words, in order to operate the hand, the patient would have to move the elbow then wrist into the desired positions first. Simultaneous control of all three motions at once will greatly reduce the time it takes for patients to complete tasks.

In addition to being able to complete tasks quickly, there is something else we take for granted before an amputation: body language and gesturing with our hands. Every one of us does this on a daily basis in conversation at home or in the workplace. Whether we are video chatting or speaking face-to-face, body language and hand gestures can be almost as vital to communication as the words we speak. For an upper extremity amputee at any level, particularly above the elbow, the use of hand gestures is greatly compromised. With the combination of TMR and simultaneous control of the Espire Pro, trans-humeral amputees will have the possibility of restoring this vital aspect of communication with family, friends, and colleagues.

So, what’s next? Until now, TMR has mostly been used with upper extremity amputees to facilitate return of function. What about the even larger population of lower limb amputees? Does TMR have a future there? Most prosthetics for lower limbs are passive or dampening devices. The amputee puts energy into the device, it’s stored or dampened, then returned to some degree throughout the gait cycle. As motor and battery technology advance, there is no reason to believe that active, lower limb prosthetic use will increase in the future. I see a future with more knees that actively extend to propel patients up the stairs, uphill on the golf course, and down the track at a meet. I see more ankle joints (and possibly toes) that actively provide push-off at late stance. When these technologies arrive, the use of TMR for active, natural control of these movements in lower limb prosthetics will be an interesting possibility.

Perhaps one of you is working on the idea already…

Jonathan Cook, CPO is the Director of Clinical Education and Technical Service at College Park. After 20 years of clinical patient care in private practice, he joined our team to help develop and execute educational seminars and clinical application workshops. He travels the world sharing his insight on topics relevant to the prosthetic industry. He also oversees our technical support team who provides guidance on product selection and support. Jon has a Bachelor of Science in Exercise Science and Biomechanics from the University of Iowa. He also earned his certificate in Orthotics and Prosthetics from Northwestern University in 1998. We are thankful for his expertise and passion for education.

“The most rewarding part of my job is teaching and learning. I like helping people learn how to get better outcomes for their patients and sharing the knowledge that I have gained during my 20 years in the field. I also enjoy learning about the challenges of our customers, both domestically and internationally, so that we can better serve their needs through product development here at College Park.”