I started my first job when I was 15 at my uncle’s roofing company. Man, that was hard work. It meant long days in the blazing sun, running up and down ladders with bundles of shingles or tools. All the while, my uncle would holler in the background to “make it snappy!” I was tasked to find “that one thing” in the toolbox, which is a contractor’s way of referring to the tool they renamed in their head but failed to mention to the team. As I was digging through the giant pile of tools, I set aside seven hammers, 36 screw drivers, and many other things to find what was asked for. I then ran back to the ladder only to discover I’d grabbed the wrong tool. It was in this moment that I began to realize the importance and power of organization. Looking back, experiences like this really highlighted the need for 5S in workspaces and life in general. 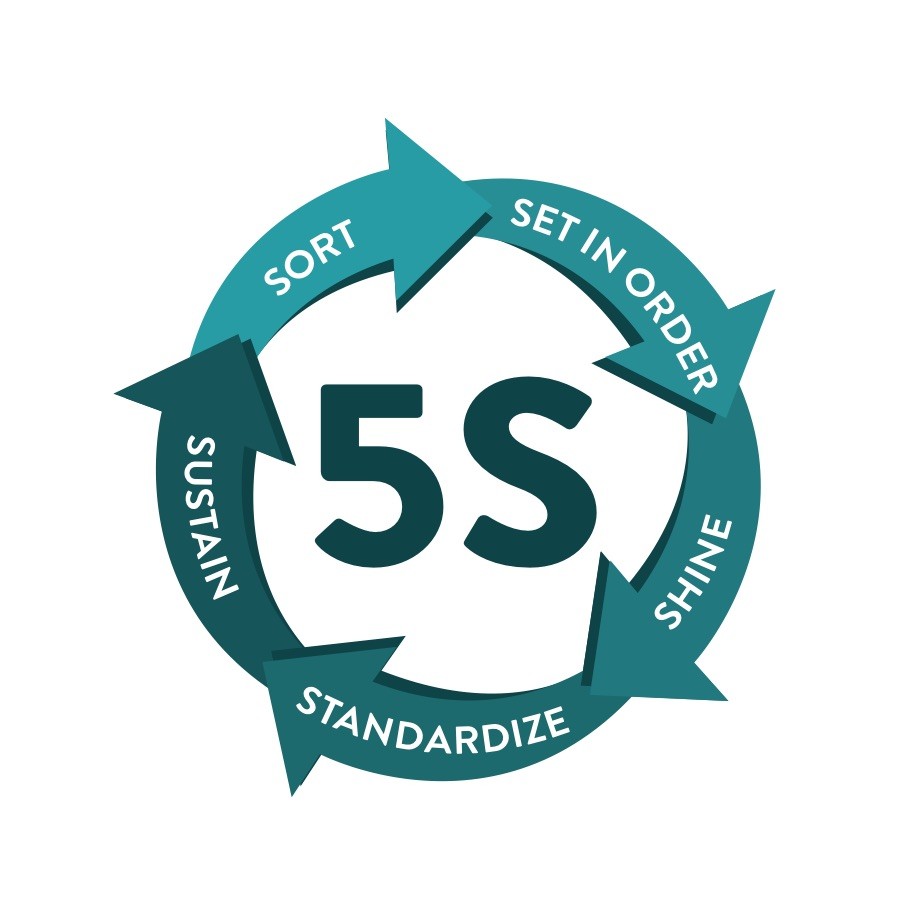 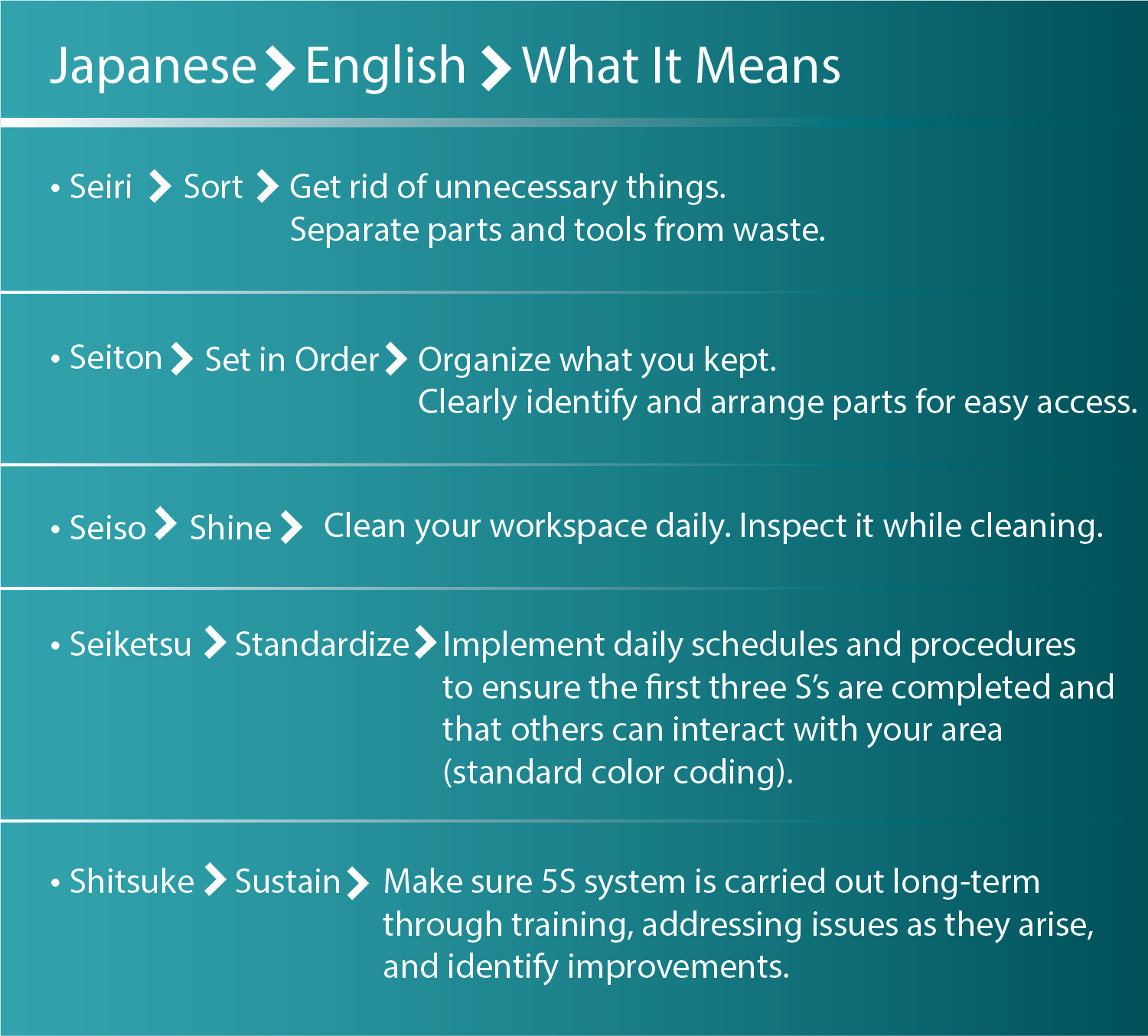 5S is an organizational system with a focus on efficiency, safety, and effectiveness. When done right, this method decreases the risk of injury in the workplace too. 5S is not an assignment. It’s a philosophy and a language. You don’t do 5S; you live it. At the heart of this whole thing, it’s very simple. Keep only what you need (sort), everywhere you need it (set in order), keep it neat (shine), consistent (standardize), and stay on top of it (sustain).

How 5S Changed the Game

I started at College Park Industries nine years ago, and it was a huge time of transition for the company. We were a small prosthetics manufacturer based in Warren, MI. At that time, our now President and COO, William Carver, was Director of Operations. We only had 17 production employees. There’s not a lot of overlap in an environment like that. We’d have one or two people performing any function. What inevitably happens in settings like this is people will develop and operate their own systems. They found what worked for them but not necessarily others. The problem with this scenario is scalability, adapting to growth while still ensuring that quality product shipments come first.

Let's fast forward about five years. I was relatively new to my role as Production Manager and found myself overseeing six departments totaling about 45 employees. It was a lot to take on.

We quickly learned that something had to change if we wanted to keep up with College Park’s rapid growth. The subject of 5S came up, and there was a lot of discussion about what it all meant. People felt like it was an assignment to be completed and that it should come with an instruction manual, when it’s really much bigger than manufacturing. It’s a way of life. Sure, there are tasks to be completed, but in essence, 5S is a filter that you’re always looking through when deciding how to accomplish your job. The trick is discipline. Now, each member of our team is aware of their role, where tools are located, and how to address issues when they arise. With the implementation of the 5S system into our manufacturing process, College Park has grown to have three U.S. locations, 120+ employees, and an international presence in over 40 countries.

Keep only what you need (sort), everywhere you need it (set in order), keep it neat (shine), consistent (standardize), and stay on top of it (sustain). 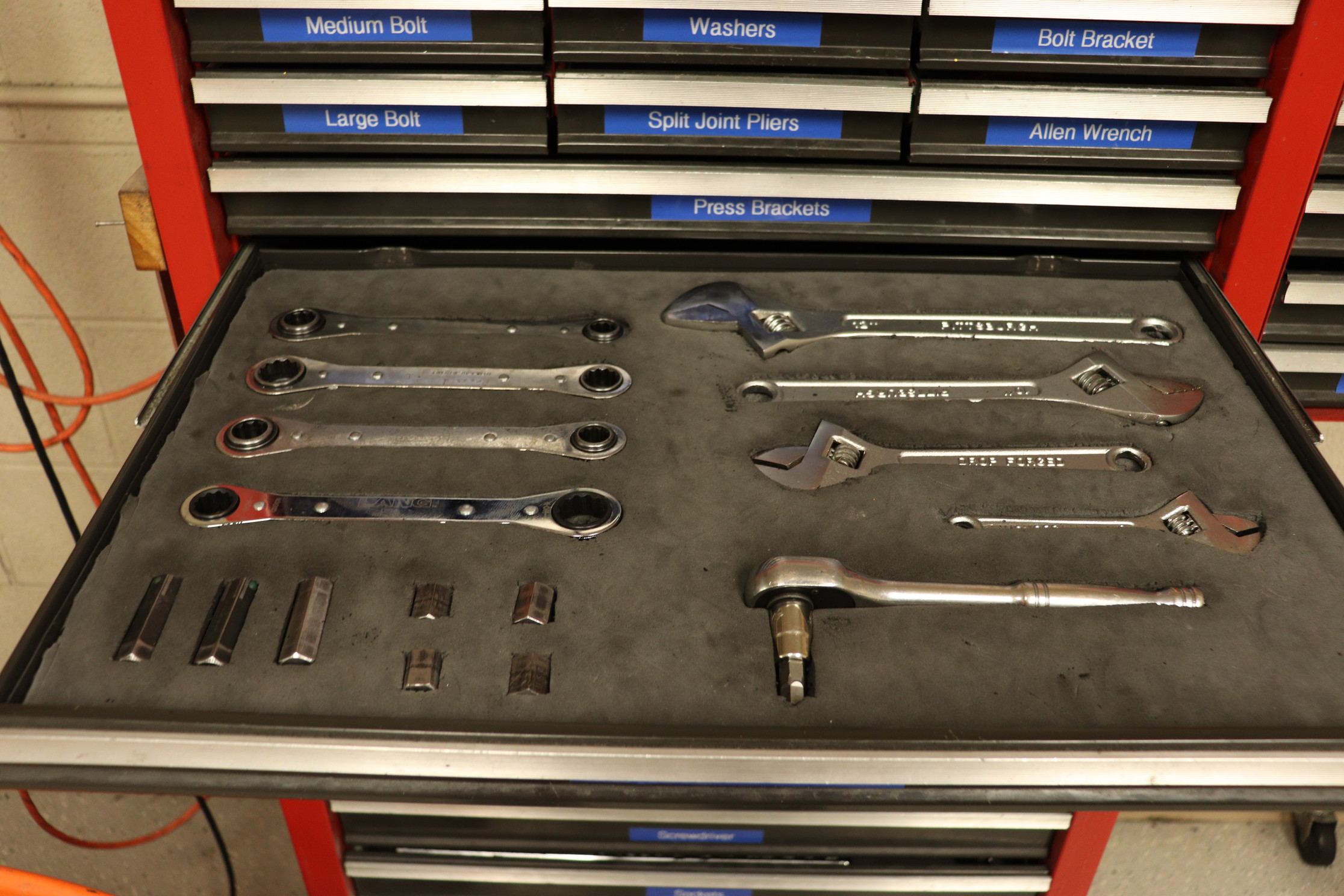 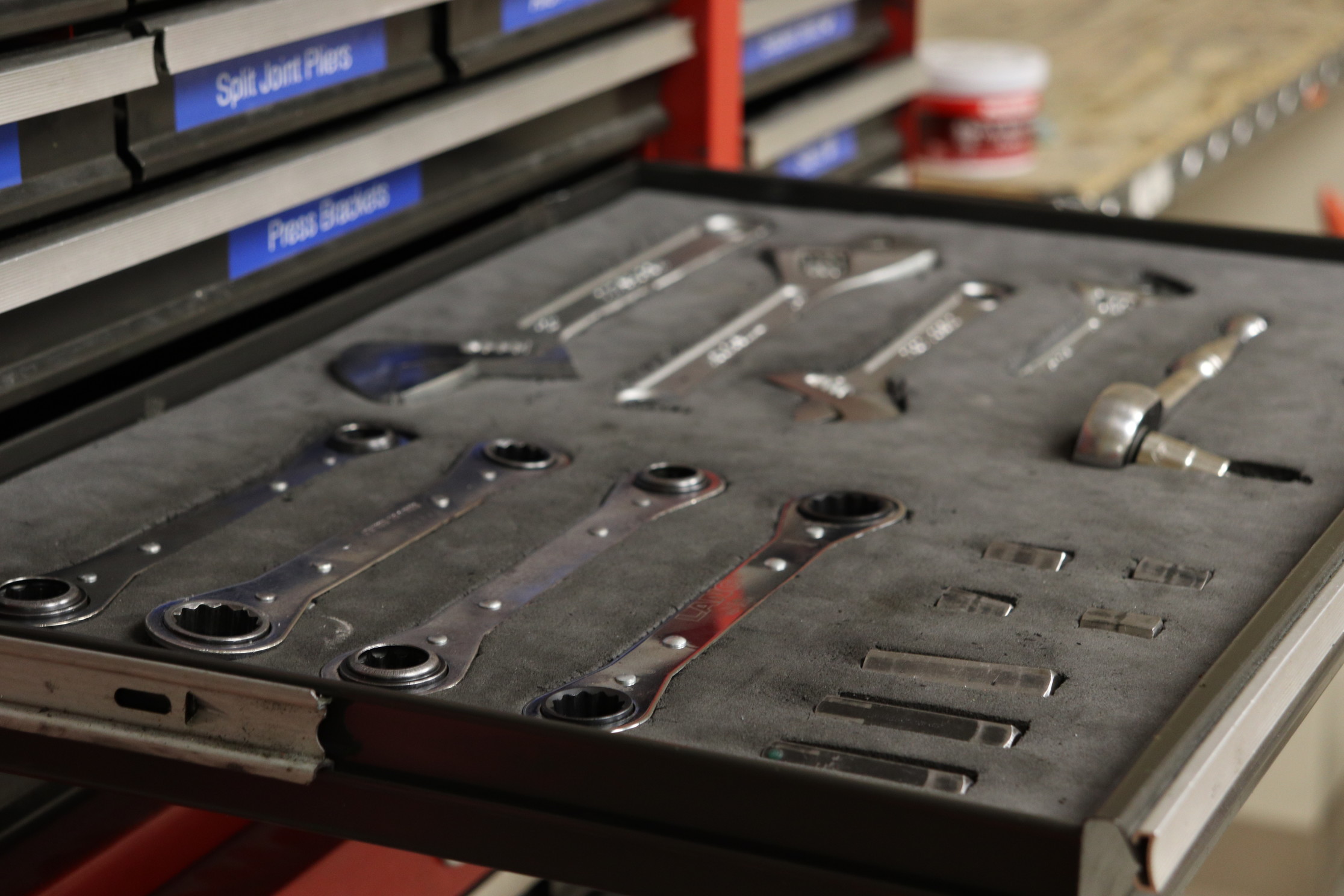 The Most Important “S”

I’d like to share our biggest trick, our secret sauce: scoring. While this has always been a part of the sustain branch of 5S, the real secret is in the implementation. I don’t mean scoring with a higher-up manager doing a walk around a production area. I’m talking about the boots on the ground—the people who are actually living it. Our system works like this. Each month, we gather all the supervisors into one of the departments on rotation for Group Scoring. They talk through what score they would give for each S and why. Like I said, 5S is a language and this is the conversation. This way, throughout the year, everyone hears all perspectives and starts to look at things the same way. That’s always the issue, isn’t it? Everyone has a different opinion, because this stuff can be too subjective. Once Group Scoring is completed, the team breaks up and the individuals will score the rest of operations. They’ll generate a brief report of their findings, both pros and cons, and give suggestions for improvement (and compliments for the ideas they are going to steal!). By the end of the year, each supervisor has scored all other departments twice. Over time, they all start speaking that same language. Honestly, that’s what we’re really talking about here: efficiency and communication. It’s about finding inspiration from other viewpoints.

5S Beyond the Workplace

In our everyday life, we naturally fall into patterns and our “muscle memory” takes over. Years ago, when I first moved out on my own, I suddenly had to figure out how to feed myself. Let’s just say, it didn’t go so well. Things were never done cooking at the same time, other things would burn, or I’d forget to add a crucial ingredient. Do you know what was missing? A system. I never sat down and process flowed my meal preparation. Over time I got better and examining what I do now, I realize cooking is pretty much 5S. I sort my cooking utensils and supplies from their storage. I set them in order on my kitchen counter where they’ll be used. I check their shine, wiping down a knife when necessary. A standard system emerged. At the end, we sustain, cleaning it all up. Oh, and my wife handles the scoring during dinner.

Martin Sternberg is College Park’s Production Manager with extensive knowledge of quality and manufacturing best practices. He is responsible for making sure we have the systems and team needed to meet our customers’ needs. Over the years, College Park has experienced rapid growth. Martin’s organization, dedication, and expertise in concepts like Continuous Improvement, Root Cause Analysis and 5S allowed our production team to successfully adapt to the higher product demand. He now oversees about 45 employees across seven departments, promising our customers services like same-day shipping. We are lucky to have him on our team!

“It’s so fulfilling to see a need in the world and be able to fill it. Technology for the Human Race is more than a tagline, it’s our mission. I feel very fortunate to be part of a team that’s so passionate about helping people get back to their normal lives.”